The long awaited shooter Metro: Last Light is the pick of the bunch next week, as the newest video game releases for next week looks a real treat. Star Wars Pinball, first-person tower defense Sanctum 2, and EVE Online’s FPS spin-off game Dust 514 are just a few of the picks.

There’s much more, you can check out all of next weeks video game releases on all platforms with our list below:

So that’s the full list of games to be released next week starting from the 13th May, and running up until the 19th May 2013. Check back each week to see what new games will be launching on all of the major platforms. 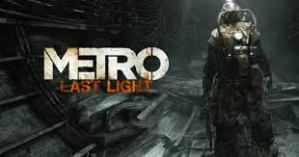