The past few days has been overwhelming with the announcement by Activision that Call of Duty: Ghosts is official.  British Supermarket (Tesco) first leaked the front cover of the highly anticipated game last week and since then, gossip and rumours has really taken it’s toll.

That sparked confirmation from publishers Activision to officially announce the game yesterday. You’ve most probably already seen the teaser trailer that was released by the official Call of Duty YouTube account the same day. You also probably know what the storyline and setting is all going to be about.

What you probably don’t know, is the release date! Well we can tell you that it’s going to be November 5th 2013. The game will be released on the Xbox 360, PlayStation 3, with the Sony PS4 to yet be announced. Microsoft’s launch event will have more details on May 21st this month. 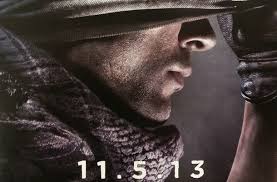