Ubisoft have said that there’s an overall ending to the long-running Assassin’s Creed series. They have a planned ending in place, but the series will follow and overall arc despite it’s heavy annual release schedule. 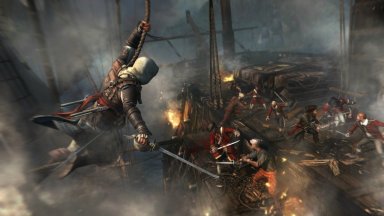 The Assassin’s Creed IV Black Flag director Ashraf IsmaiI was speaking in an exclusive interview with Eurogamer about all things AC.

“We have multiple development teams, then we have the brand team that sits on top and is filled with writers and designers concerned with the series’ overall arc,” said Ismail.

“So there is an overall arc,” he added, “and each iteration has its place inside this.”

The series has always been a huge hit with it’s global fans, but the one thing that seems to annoy most gamers is the fact that the game’s come out once a year. Given the fact that these games are not quick to complete, and are in-fact take your time kind of games, this has been a problem for some.

Ismail however, says that Ubisoft do have an ending in the pipeline and there’s plenty of different avenues they can go down to get there.

“We have an idea of where the end is, what the end is. But of course Yves [Guillemot, Ubisoft’s man at the top] announced we are a yearly title, we ship one game a year. So depending on the setting, depending on what fans want, we’ve given ourselves room to fit more in this arc. But there is an end in mind.”

The benefit of multiple studios was also brought up in the interview as well, with Ismail stating that this help get the story-lines and characters built ahead of schedule.

“We’re now able to seed stuff earlier and earlier in our games,” Ismail continued. “So for example in [AC4] we have Edward, who was seeded in AC3. But there’s a lot more stuff in our game that is hinting at other possibilities.”

There was also news of Assassin’s Creed 5, with Ubisoft Toronto being confirmed as the studio actually developing that game at this present moment in time. Talk about being more than one-step ahead of the competition! 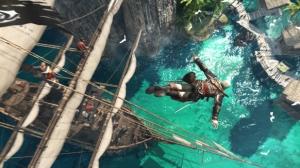 Assassin’s Creed IV: Black Flag will be out on October 29th in North America, 31st in Australia, November 1st across Europe, and November 28th in Japan. It’ll be heading to the PlayStation 3, Xbox 360, PC, and Wii U gaming consoles on the dates above in your selected region. The Xbox One and PS4 versions will be out at the end of the year.