February 8, 2013 · by gameslatestnews · in Latest Games News · Leave a comment

The giant game publisher (Ubisoft) has had a week to remember as far as profits and sales are concerned. Their first-person shooter game (Far Cry 3) had sold more than 4.5 million copies of the popular video game.

Ubisoft also announced that Assassin’s Creed 3 had done better than expected with a whopping 12 million copies sold so far. Overall the company reported their earnings to be a massive £678 million,which is calculated over the Christmas period.

Just yesterday we told you about Ubisoft announcing a new Assassin’s Creed game aswell. So they have certainly been in the headlines this week for all the right reasons. 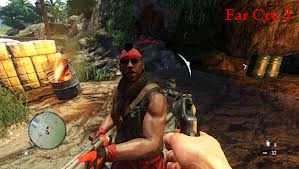