The third multiplayer expansion for Halo 4 entitled the Castle Map, will be out on the 8th April next month Microsoft have revealed. The pack will cost 800 Microsoft points, and players can gain access to this add-on via the War Games Map Pass.

The Castle Map pack has been developed by 343 Industries and Certain Affinity to bring more vehicle type battles that will be on a much larger scale. The three new maps will be called Perdition, Outcast and Daybreak.

Perdition will have an urban type setting which has been decimated by war over the years. The Outpost map will have tunnels in it as well as grassy mountains to do battle on.

The additional maps will add to the Dominion, Big Team Objective and Infinity Slayer playlists as well. Also, an all new six-versus-six playlist will be added in the form of the Castle DLC that comes with it. Make sure you put April 8th down in your diary if you’re a Halo 4 gamer. 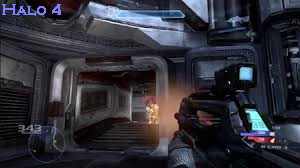