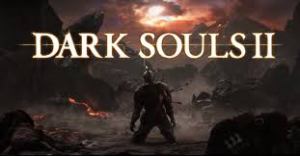 The release date for Dark Souls 2 has been spotted in the most unimaginable way possible. The E3 convention is just under a week away from now, but a promotional banner that was at the top of the convention center on June 1st revealed the official launch date of the highly anticipated sequel.

A post in the NeoGAF Forums had an image attached to a thread that showed the huge banner in what looks like nothing short of a massive blunder. The Forums state that the follow-up action role-playing title will be out in March 2014 for the PC, PlayStation 3 and Xbox 360 platforms.

There wasn’t any indication that there will be a PS4, Wii U or Xbox One version of Dark Souls 2. We though, have a strong feeling that something along these lines will be announced slowly but surely in the next couple of months. Keep your eyes peeled and check back with us to stay up to date.

Remember, the E3 event is set to start on June 11th next week, and you can be sure that there will be loads of coverage regarding the open world video game.