The epic GTA 5 is due for release in the spring of 2013 and most gamers cannot wait to get all the latest news on this game. It has always been a favourite game of many video gamers and most probably always will be. Now we at GLN give you the latest in a long line of screenshots for GTA V.

The last image on the page is the very latest one to come in existence and it may not be much to go on, but we have all the screenshots first right here. The very last picture shows a good capture of the setting of GTA 5. It is a screenshot of Los Santos which is another made up city as the franchise always seems to choose.

The only city to be real in the entire series of GTA is London in Grand Theft Auto London which was on the original PlayStation console. Los Angeles is the city that Los Santos is solely based on in this addition.

The character in the screenshot is climbing the equivalent of the Hollywood sign in the virtual city. It will be a massive city that will take players an eternity to explore which is always entertaining and a good sign.

So far it has only been confirmed that GTA 5 will be on the PS3 and Xbox 360 consoles respectively. There so far has been no talk of it making a appearance on the PC which won’t amuse PC owners worldwide. However, the game developers “Rockstar” have said that they are taking into consideration other possible console candidates.

Check out the newest and latest screenshots for GTA 5 below and let us know what you think of them in the comment box. 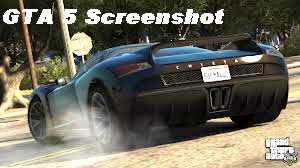 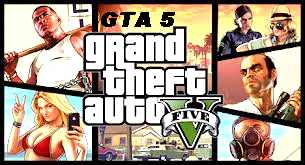 This is the last and latest screenshot that has come to our knowledge and you can expect many more from us in the coming weeks ahead.