Sega’s latest game (The Cave) which is a co production with Double Fine get a release date of January 22nd in the US and then released in Europe on the 23rd January 2013.

The Cave is a unique adventure game which has seven main characters who each have their very own individual personalities . They must go through an adventure in the caves which is filled with seven different story lines.

All seven of the games major characters have their own story’s which will make gamers want to complete the game with each set of characters. The cave will be a fairytale type talking cave which will have a vast amount of tunnels leading different ways in it.

The game will become available on the PlayStation network for a reasonable price of £9.99 in the UK. Also on the Xbox Live arcade for the exact same price as the above. If you want to acquire the game on the Wii U, then you will have to wait for the announcement on our site shortly. 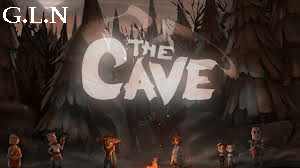