Tomb Raider 2013 Will Not Be Available On The Wii U

Crystal Dynamics are not the first game producers to have taken this step for the good of their game. They are simply following suit from the likes of Metal Gear Rising: Revengeance, Crysis 3 and many more. These are big time games and it will not bode well for a massive company like Nintendo.

The conclusion that we have come to, is that more big companies are going to follow suit as well. Nintendo had recently organised a very special Nintendo direct which was specifically for unveiling new content for there troubled console.

During the special occasion though, Nintendo failed to supply people with any information on what releases are going to come out next on their Wii U. The big wait is almost over and Tomb Raider 2013 is out on March 5th for the PC, Xbox 360 and PS3. 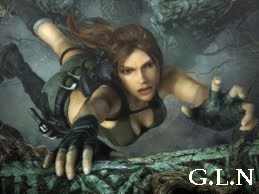 Tomb Raider Not On Wii U