The Hitman has succeeded in engaging millions of fans all over the world due to the fact that it offers an intelligent game play and provides an engaging story all throughout the series. The creators have conveniently connected everything in a convenient package.

In order to keep the franchise going, the creators of the Hitman HD Trilogy has made sure to include stealth classic but with the inclusion of discrete stages as well as features that orders the gamers to target their killing task.

In this Hitman HD Trilogy Review fans can expect an explosive combination of games. Players are expected to listen to the briefing intently, to select their gear, to enter a certain level, and to kill targets with efficiency before leaving.

Gamers can expect that all of the 40 levels have a self-contained ecosystem. Those who are playing can experience a world of possibilities there are so many scenarios that can happen. Gamers can plot ways to kill a Yakuza boss, they can opt to use lead poisoning or fugu poisoning.

Players can use strategies according to their vision on how they are going to kill the enemies, they can decide on how they will put an end to the Scottish crime boss.

They can use stealth techniques, various surprise attack methods like smuggling a gun in the room or to use other techniques that they find funny but effective.

The gamer has to think things through, they cannot always rely on an encounter and because of that they need to learn how to improvise during the game.

This are for gamers who like to plan their steps, this is not for those who expect to blast their enemies as soon as they see them. The gameplay will involve a lot of hiding in the shadows or learning to blend with enemies. Most of the game will rely on planning the next move; it is not about running but about walking with purpose.

The Hitman game is all about trial and error, apart from that it is also a mix of mind games because of the fact that the gamer has to be prepared to solve puzzles. A person has to be careful when plotting their way in the game. The Hitman HD trilogy is not for gamers who like to run around carelessly.

Gamers have no option of recharging their health and for this reason ample care and proper decision making is needed. You have to avoid lingering for too long in a certain area or bursting at the wrong moment because this can blow away their disguise.

Some of the guards who are suspicious will regularly challenge the gamer before they start firing their guns which gives the player a chance to disarm them and control the situation.

The visuals that have been used in the Hitman HD Trilogy are also very crisp despite being an old game. All in all it is still a rewarding game to play, with elderly visuals and hard controls but is still filled up with creative and rewarding game pattern.

That concludes our review on the Hitman HD Trilogy and for more game reviews, check out our site tag. There you will find all our posts filed under game reviews. Alternatively you can just look in our game reviews category instead. We give it a Rating: 7.5 out of 10 overall. 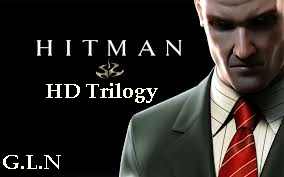