Destiny Is The Next Big Sci-Fi Shooter Game

Game developers Bungie and Activision have announced that a new game to be released in 2014 called Destiny will be the new Halo. The game is a sci-fi shooter that will have single and multiplayer campaigns.

Destiny will be made available on the PlayStation 3 and Xbox 360 consoles with no other consoles being confirmed for the time being. Gamers should expect that the shooter will make it’s way on the next generation consoles in the Xbox 720 and PS4.

The game is supposedly set in our solar system with the date being not too far into the future from our current date now. The main character is nowhere to be seen ans there simply isn’t one. Instead, there will be customizable guardians which will all play a significant role in the sci-fi shooter.

Many gamers will now worry as to whether the Halo series has been completely thrown into the archives for now. We can tell you that there will be a Halo 5 game, but as for the date we do not know. We will have more info on Destiny as soon as some come to light. 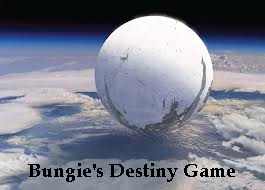