Sniper Elite Nazi Zombie Army features for the first time a four player co-op mode. Nazi Zombie Army can be purchased for £9.99 or $14.99 via stream. The game developers (Rebellion) said that there will be hordes of monsters to execute in an all new cooperative mode.

The spin-off takes the series into another type of genre with the Zombie phenomenon growing ever popular amongst action loving gamers. As soon as there’s downloadable content available for Nazi Zombie Army, we will post it directly on our site. 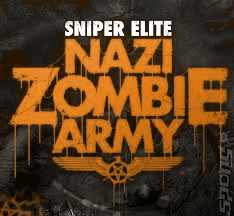 ← Metro: Last Light Gets New May Release Date
Beyond Two Souls Will Launch This Fall →