The Saints Row 4 release date has today been confirmed by Deep Silver to be the 20th August 2013 in North America and 23rd August everywhere else. The game will launch on the current major consoles and also on the upcoming next gen video game consoles too.

The Third Street Saints storyline will continue in Saints Row IV as you fight a battle against alien invasion amongst other interesting obstacles in your path. Volition are the game developers and the ongoing saga is set to be released on time with no delays imminent.

Saints Row IV will become the fifth installment in the Saints Row series since it begun. We’ll post about the PS4 and Xbox 720 versions over the course of the year accordingly. 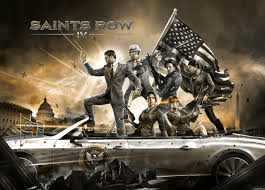