Sony to Release PS4 below £300 at Launch

A Sterne Agee analyst named (Arvind Bhatia) has said in a special note to investors that the new upcoming Sony PlayStation 4 will retail below the £30o/$400 mark at launch.

This statement has come right before the Electronic Entertainment Expo in Los Angeles next week. Bhatia also stated that Sony had leaned a harsh lesson when originally releasing the PS3 for a extremely expensive £329.99/$600 way back when the console first launched in the year 2006. 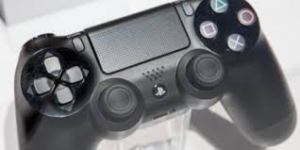 The gaming giants have no intention of repeating the mistake once again and they’ve also seen what’s gone on with the Nintendo Wii U console and how that’s under-performing in all regions too.

He also went on to say about how the PSN is completely free and how Sony are missing out on charging their customers a certain type of subscription for the PlayStation Network access. He believes that Sony will stick to their guns and not change the £300 price-tag that they’ve initially intended for their PS4 system.

He believes that they won’t change it at all costs, even if that means that the computer giants lose out on money and profits.