B4 Second Assault DLC To Land On Xbox One First

Once a technical delay was out of the way, Dice decided to show a little more of their Battlefield 4 single-player gameplay via Microsoft’s E3 conference. There was also room for the announcement of the game’s second DLC pack that’s named Second Assault. 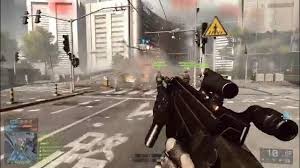 The map pack will be released onto Xbox One first, and then launch onto the current-gen consoles shortly afterwards. It’ll also feature four of the most popular maps from previous installment Battlefield 3. The maps however, were not disclosed by Dice.

Battlefield 4’s all out action is there once again, with friendly AI team members surrounding you as are the enemy. The first-person shooter’s setting is supposedly gonna be one that will blow your mind.