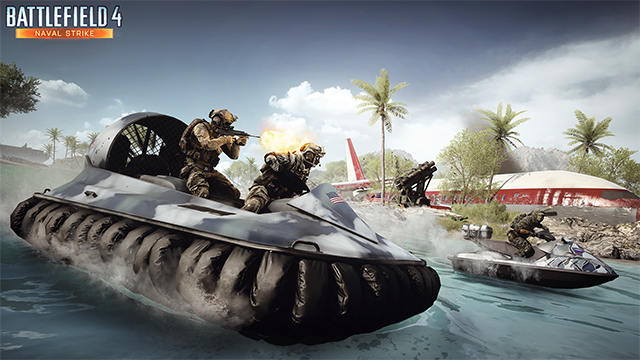 The Battlefield 4 developers DICE have given out some information on their upcoming Carrier Assualt mode that rifts on the BF 2142′s Titan mode. The new mode is set on location of the South Chinese Sea, and the main aim is for two different sets of teams to destroy each others naval carrier. Gunships, waverunners and huge explosions can all […] 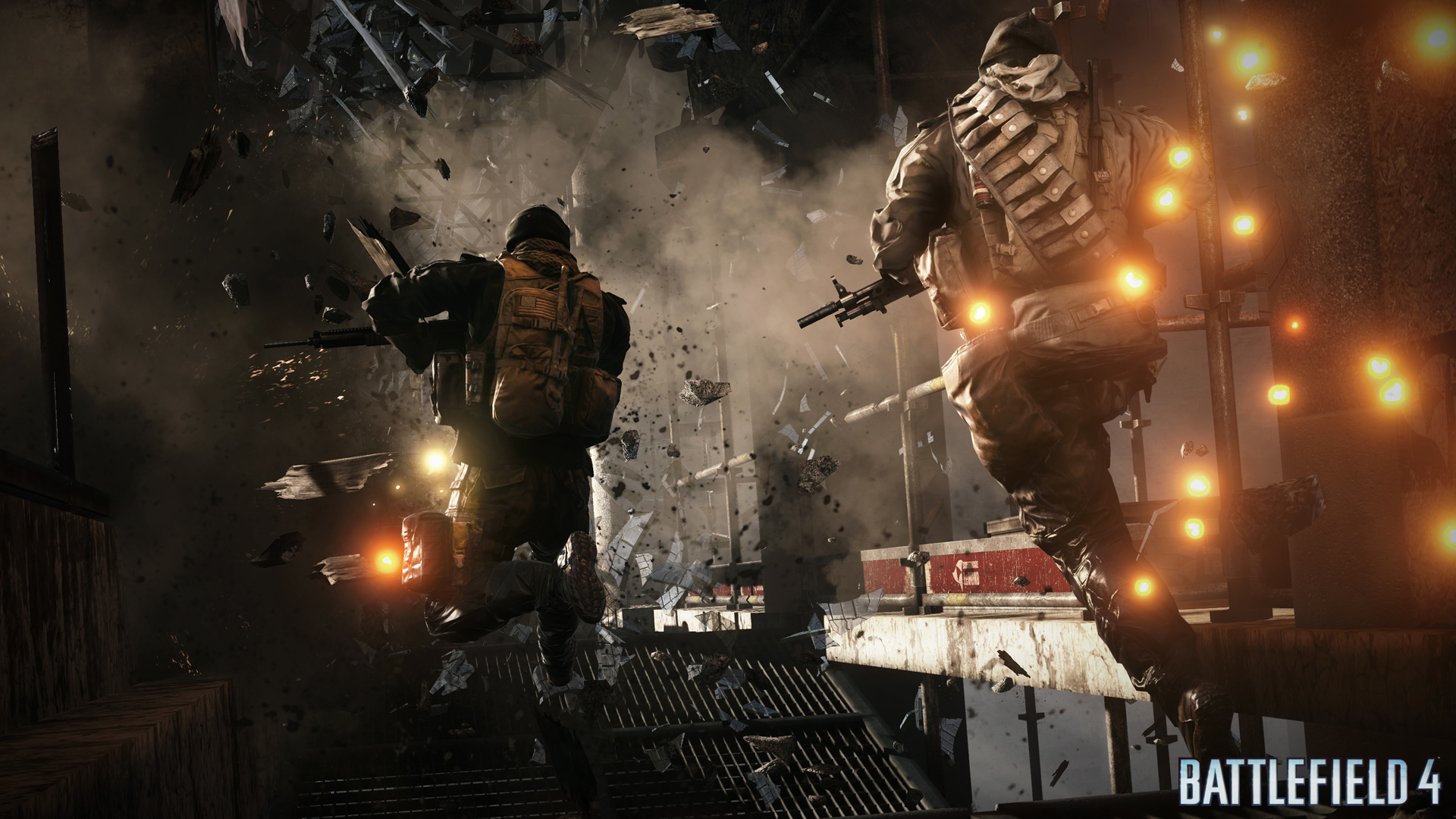 DICE’s very own Karl Magnus Troedsson had the privilege of introducing epic upcoming shooter Battlefield 4 during EA’s gamescom press event today. The most important news that he gave about the game, (and there was a lot) was that the open beta will be available for gamers in October. Battlefield 4 Premium was obviously discussed […] 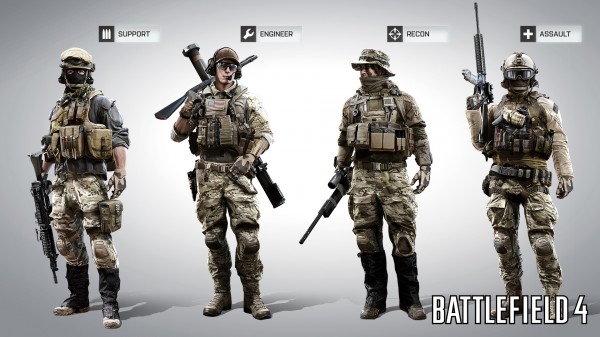 The Battlefield 4 multiplayer classes have received some much-needed load-out tweaking it has been revealed today. Check out the new screen that shows a first-look at the Assault, Support, Engineer and Recon classes below.   In a new blog post on the official Battlefield 4 website, the lead core gameplay designer from Dice “Alan Kertz” […] 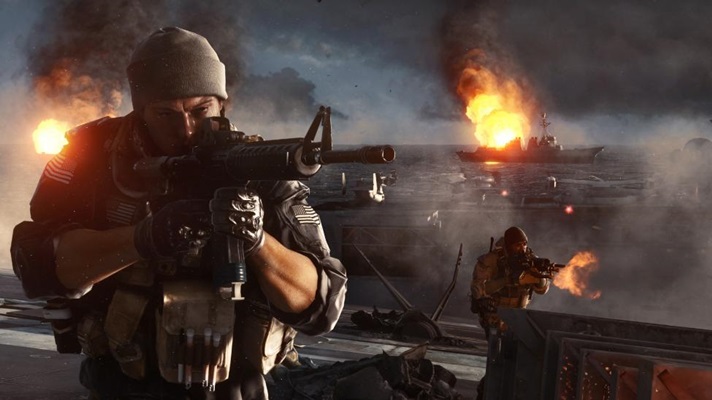 Battlefield 4: New Map and Mode to be Revealed at Gamescom

BF4 developers Dice have announced that they’ll reveal a brand new game mode and map at EA’s pre-gamescom 2013 livestream next week. See an all-new #BF4 map and game mode in action during the gamescom Live Stream: https://t.co/4rieM3JTKg — Battlefield (@Battlefield) August 12, 2013 They teased the news via social site Twitter by sending out […] 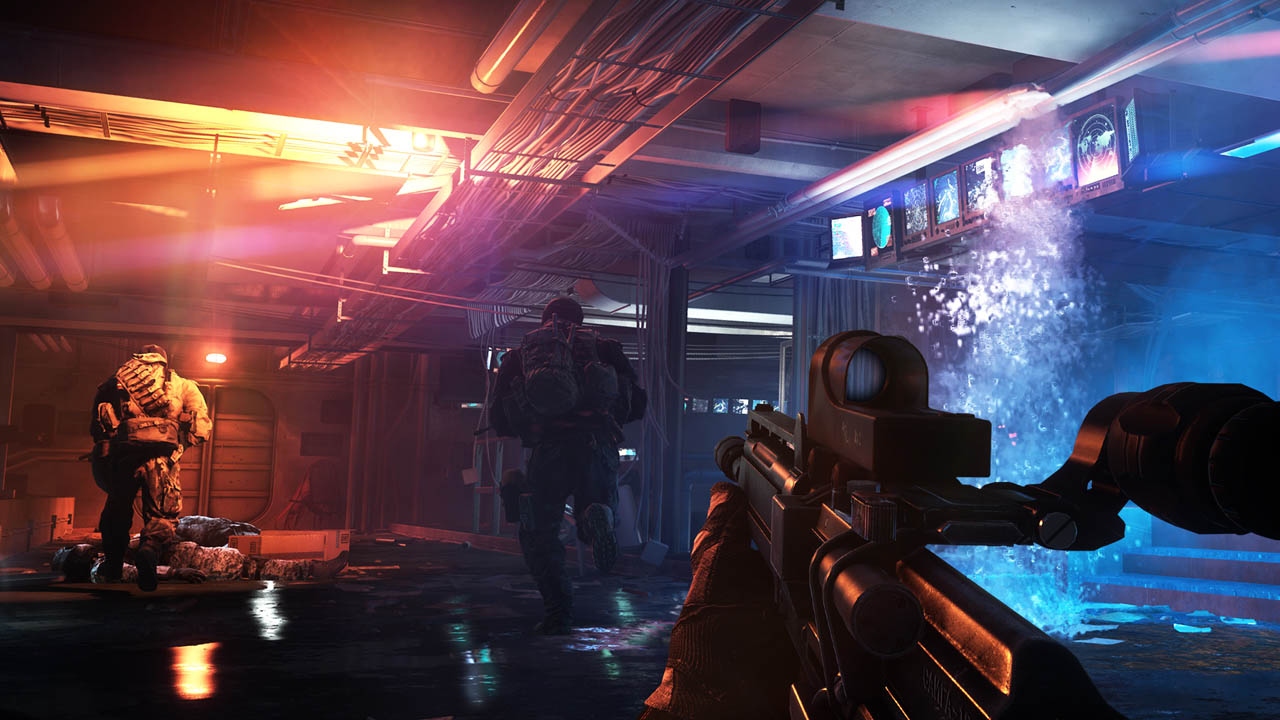 EA Games have released a brand new gameplay video that showcases the upcoming shooter’s highest graphics settings when played on the PC. EA’s Los Angeles studio sent in the multiplayer gameplay clips to GamesHQMedia. The footage above is claimed to be from the ultra high graphics from the PC version of the first-person shooter. The […]

There’s a brand new Battlefield 4 trailer now available to view, and it shows off some of the new gameplay and the highly anticipated Frostbite 3 Engine that’s going to be used for the visuals of the game. The footage is in French, that shouldn’t stop you however, as the one and a half minute […] 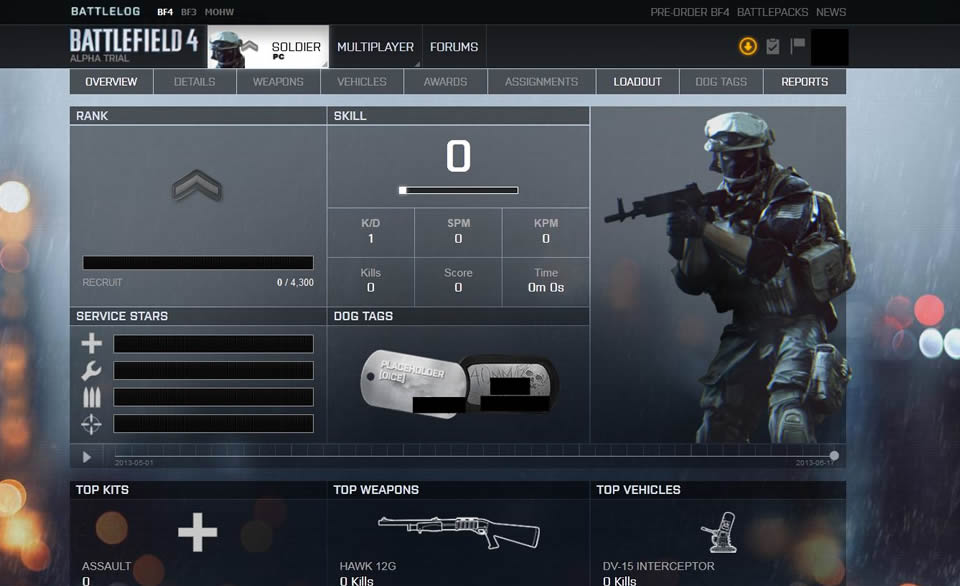 BF4 Battlescreen Map Not Included For 360 Or PS3

The new Battlemap feature on Battlefield 4 won’t be compatible for the current-gen consoles it has been revealed today. The BF4 Battlelog will be compatible with all versions though. The Battlemap integration is a new second-screen service that allows players to keep track of all their action via a smart full radar-enabled overhead map on […] 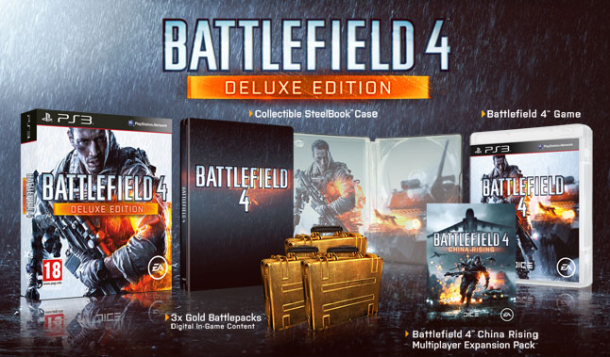 EA have today revealed a UK deluxe edition of Battlefield 4 that will be an exclusive to major retailer GAME. United Kingdom residents will get three Gold Battlepacks, a copy of BF4, a SteelBook cover and the China Rising expansion pack with the deluxe version. The battlepacks will contain a host of cool goodies including character […] 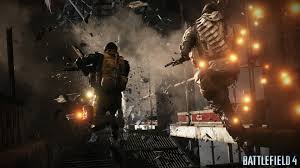 DICE’s very own Daniel “zh1nt0” Matros had the job to tweet the clarification to all his followers and BF4 fans regarding the alpha invites glitch. EA decided to send out some invitations to the upcoming alpha testing of their shooter Battlefield 4. It was of course all a big misunderstanding, and EA had to retract […] 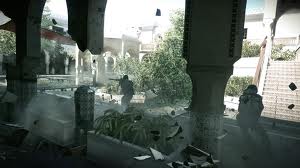 All of you Battlefield 3 owners out there can download the Close Quarters DLC map pack for free by using a special E3 promotional code. EA Games have decided to allow the content to users for free on console and PC versions in compliance with their E3 expedition. All gamers have to do in order […]