Ubisoft have confirmed today that in the middle of it’s 2013 E3 briefing, Just Dance 2014 will be arriving on all major platforms which will begin in October 2013 this fall. The dancing game will feature tracks from world famous artists that include, Nicki Minaj, Psy, Queen, Robbie Williams, Katy Perry, Lady GaGa and British boy-band One Direction.

The “Classic” free-dance mode will return and a Karaoke mode will allow the option to use a microphone on the console versions (excluding the Wii U). Another cool feature is the On-Stage mode, where two players must dance in a backup role and one other dances in a featured role. 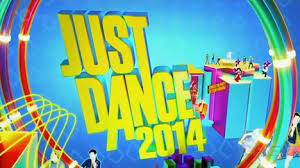 Just Dance 2014 is expected to be out on the Xbox 360, Wii, Wii U and PS3 at some point in October 2013. Australia and Europe will get the title first on the 1st of October, the 4th for the UK, and the 8th for North America.

The PlayStation 4 and Xbox One versions are also due, but will only be out once both next-gen systems are officially released first.