The new upcoming Mad Max video game that’s published by Warner Bros. has had three brand new screenshots released today. The open world title is being developed by Avalanche Studios and lands on the PC, Xbox 360, Xbox One, PS3 and PS4 in 2014 next year.

The images do look really cool and are the best three pictures that gamers could possibly want to see. They show lead character Max fighting in one-on-one combat with other likewise survivors, and another is him just standing still posing on some breathtaking landscape.

If you’re a big fan of the movie, then this is one game that you might want to check out when it arrives early next year. As it’s based on the hit 80’s flick and is sure to be a huge global success. Check out the new screens below: 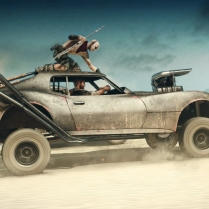