Focus Home Interactive who’re the publishers behind the upcoming fantasy-themed action RPG Bound By Flame, have revealed the official release date for the title. It’ll be heading to the Xbox 360, Windows PC, PlayStation 3 and 4 on May 9th this year. The news that fans have been waiting for was first announced over at the Bound By Flame Blog.

Not only that! More exclusive images have also been chucked in today by the developers for good measure. The brand new screens detail the enemies that players will come in contact with in-game, which are only defeated by the very best of tactics and strategies.

All the creatures in the game use different attacks, behavior and skills, so gamers will have to adapt to their surroundings and out-think the opposition in order to come out victorious. The fights have been made to be visually stunning, with magic and combo attacks available to the player if they should need to depend on them.

Spiders studios are the developers behind Bound By Flame, and the new screenshots have been put in a neat gallery that you can view below. 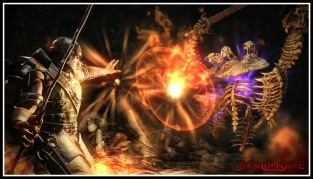 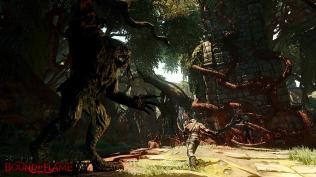 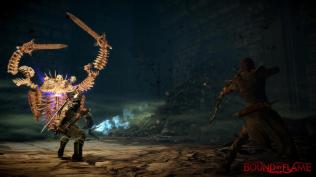