A recent listing that has been sighted in Germany’s PlayStation 4 Amazon section has confirmed what we all knew anyway. EA Sports were not officially at the Sony meeting last week,but that hasn’t stopped them in announcing that their upcoming FIFA 14 title will be making it’s way to the next gen console.

EA plan to release many of their series of video games on the new PS4 console once it is out. Regarding the listing though, there were unfortunately no more additional details displayed along with it.

This particular listing is the only one of it’s kind, as there are no other listing of the FIFA 14 game anywhere else on the whole of the Amazon website. EA do like to release the FIFA series on all the major consoles that they possibly can, and the PS4 and Xbox 720 will be no different. 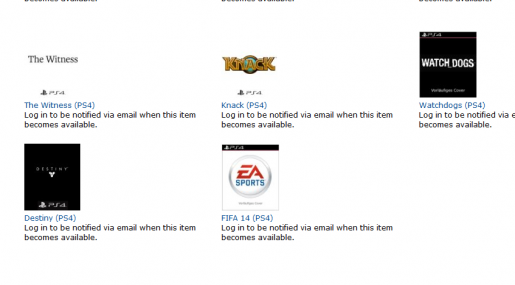