Square Enix and EIDOS have revealed a new 1.0.718.4 patch for the PC version of Tomb Raider. The patch will resolve numerous amounts of issues and bugs that have been consistent in the game. The issues were not only found after the game was released, but also prior to the big launch aswell.

The full details of all the fixes for the PC patch can be seen below so players know what’s going to be fixed.

That is the full list of all the errors that have had work done to them for this PC patch for Tomb Raider. The update will be applied by steam when players start the game automatically. 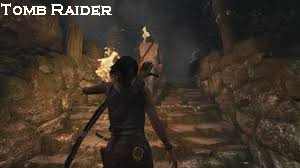