Survival and mission completion are the climax of the Mass Effect 3 multiplayer online game. To achieve this, players must overcome and kill various enemies involved in the play. Mass Effect 3 enemies are classified into Reapers, Cerberus and Geth.

The following are the most important Mass Effect 3 Multiplayer tips that guarantee players’ survival and successful missions. Proper choice of teams and weapons: players should choose balanced teams that will easily kill most enemies.

Four vanguards can be a suitable option since they kill almost all enemies in the play though ineffective when fighting Banshees enemy. Players must also choose right weapons and their associated consumables that are suitable to kill specific enemies to enable them complete their missions in time.

In Mass Effect 3, verbal communication is very vital for survival. This is the only way players can coordinate and plan their tactics since Mass Effect 3 do not have text guide both when playing or in the main menu.

Proper communication helps playmates establish defense and preserve their consumables. Playmates should therefore find out which weapons and classes fellow teammates possess before onset of the game.

In Mass Effect 3, combined attack by several players is the remedy to kill the enemy and complete missions in time. Teamwork enhances survival chances of players since it is easy for colleagues to revive them when enemies down them .

If players fight alone, chances of overcoming all the waves and enemies is minimal hence compromising their survival. Therefore, in Mass Effect 3 players should not go it alone for survival.

Knowledge of the surroundings

Players must have proper knowledge of the maps in Mass Effect 3 game. This is because the enemies use alternative routes to ambush the players in their camps. Players do this by occasionally scanning their surroundings to locate the enemies.

It is advisable for players to locate all ammo crates in the map so as to quickly access ammunition immediately the waves are over. Players must also identify choke spots to avoid getting baffled in dangerous spots during ammo attacks. All players must therefore take time and study Mass Effect 3 map before starting the game.

Knowing when to stay or move away

Calculated movement by Mass Effect 3 players is crucial. This helps them avoid running into enemies ignorantly. However, staying glued to one location is risky unless necessitated by an objective call.

Players must identify where to fall back when infested by enemies and how to dodge them. In case the players find themselves as the last man in the play, it is advisable to keep on moving around for survival.

Players should also identify the reproduction zones of the enemies in the map to control the enemy flow.

Learn the enemy weakness and fight it

Banshee targets one person at a time. When targeted, players should run away or walk backwards while fellow players shoot at its head. Brute enemies easily die from spinal column shootings.

When attacked by Brute, players should roll away behind them and continuously shoot at their backs. Playmates can disturb the attention of the Brute as the other player shoot or strike grenades at their backs. Shots from Geth Prime enemy generally produce weak missiles that are avoidable by the players.

Players can therefore shoot the missile down or even dodge them. They should then continuously shoot at the enemy in order to permanently kill it. We hope all of these multiplayer tips for Mass Effect 3 helped you, check back for more in the future. 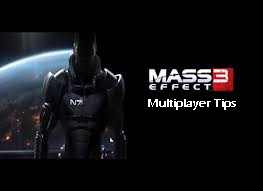