A Wii U exclusive version of Deus Ex: Human Revolution director’s cut is to be released by Square Enix. So far though, there’s not been an official release date confirmed by the Japanese video game developer.

The director’s cut Wii U version will have many features that include augmented sniping, touch-screen hacking via GamePad, grenade throwbacks, an interactive map editor and exclusive developer commentaries as well. There will also be general in-game guides to help players improve.

The Missing Link level and Tongs’ Rescue mission will also be included along with improved AI, amazing visual improvements and little tweaks to all the combat in the game. We’ll let you know as soon as we’ve got the release date confirmed by Square Enix. 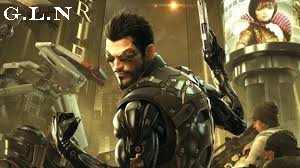