Dungeons & Dragons Arcade Classic To Hit The Wii U eShop

It has been revealed by Capcom that two all time classic Dungeons & Dragons arcade games will hit the Wii U eShop in a couple of months time. The two classics will be part of a special compilation package and will come free with the Chronicles of Mystara game.

All of the original graphics and visual effects will remain in the games, but there are other features. For example, Chronicles of Mystara will have a four player drop-in/drop-out online mode, leaderboards and offline co-op play. The Wii U version will have some Wii U GamePad enhancements which feature an inventory.

Dungeons & Dragons: Chronicles of Mystara will cost £9 or $15 and will be out June this year for Xbox Live Arcade, PSN and the Wii U eShop. 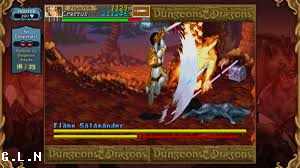