Call of Duty: Ghosts PC And Wii U Listings Created

The much talked about Call of Duty: Ghosts might well be leaning towards a Windows PC and Nintendo Wii U release. The game which has been consistently outed to numerous retail listings these past few weeks is also rumoured to be released on the PS3, Xbox 360 and new next-gen video game consoles.

The latest listing was found on the Spanish retailer website (Xtralife) in which they put up a November 11th release date compared to most other news sources stating that the game will be launched on November 5th 2013.

Game developers Activision have remained hugely tight lipped on all of the gossip and rumours surrounding COD: Ghosts. They’ve decided not to comment on any such reports regarding the shooter. If the idle gossip is to be believed, Call of Duty: Ghosts will be officially revealed on May 1st by Activision.

Amongst various rumours, Ghosts will deliver a brand new Call of Duty engines and a whole new cast, setting and storyline. Even the game-play will be tweaked to make this latest addition a completely unique experience.

More rumours suggest that the game will be set in a near future with present modern day weapons being used as part of the games plot. Come May 1st, we should all know what to expect from the game anyway. 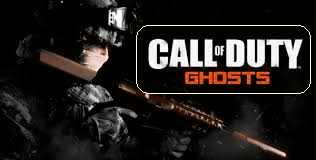