Undead Labs have announced that their zombie action/horror game State of Decay has sold over 250,000 copies  in it’s first 48 hours since being released on Xbox Live Arcade.

There’s only one other game that can better that sensational record, and that’s the Minecraft Xbox 360 edition. The Seattle, Washington based game developers posted an article on their official blog reporting the good news.

They said that they didn’t really have an ad budget to play with at all, and the lack of worldwide multimedia push was concerning them. They also went on to say that they didn’t have a massive reputation like some gaming companies, or no physical cope to put onto retailers shelves.

The firm also stated that they haven’t forgotten about New Zealand, Australia or Germany. After all the good news of today has sunk in, they are currently planning to release the game in those regions of the world as well. There’s currently a PC edition of the popular zombie game slated for release too, but an official release date has not been set bu Undead Labs just yet. 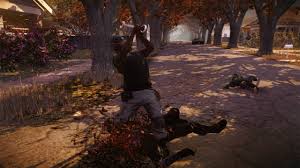