Disney have decided to reveal all of the details that you’ll need in regards to the power disc add-ons for upcoming game Disney Infinity. The info provided includes the content that’s featured in the first set of discs, and the pricing of them all. 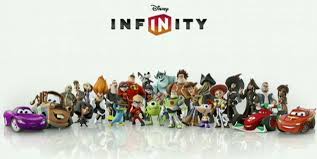 The power discs will come in a variety of hexagonal and circular forms. The hexagonal’s will spawn new textures and items that players will be able to put to use in the open-world Toy Box mode. The circular’s will change the stats of your character.

Players must bare in mind, that only three discs can be used to stack on the game’s super cool Infinity Base at one time. The disc packs will be going for $4.99 in the US, and £3.99 if you’re a UK gamer. The downfall though, is that they can only be purchased in blind packs.

The unfortunate scenario with this is, you’ll not be able to tell the difference in which power discs you will be receiving. Disney confirmed way back in the month of may, that Disney Infinity won’t be out in June, but August 18th instead in NA, and the 20th across Europe.

Have a look at the footage below to get a better understanding of how it all works.

← Injustice: Gods Among Us Martian Manhunter Out Today
Killzone: Mercenary Open Beta Out In August →