A lengthy gameplay trailer for Final Fantasy 14 which includes new environments, A Realm Reborn’s character creator, and more can be viewed below.

The footage is courtesy of Square Enix Japan, which to some, may be hard to interpret as it’s voice-over is unfortunately in Japanese. If you’re use to MMO or the Final Fantasy series, then you’ll most probably be able to tell what’s going on through the video whilst hopefully enjoying it’s content. 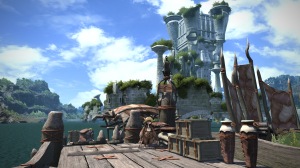 The open beta starts on August 17th, so that might be a date that’s worth jotting down in your calender. The highly anticipated MMORPG relaunches for PS3 and Windows PC on August 27th later this month. A PlayStation 4 edition is widely expected to be released in early 2014 next year.