Sega have released their first official video for Football Manager 2014, and it’s footage that showcases the match engine that’s going to be used in the upcoming footie simulator. You can view it below:

The newest edition to the long-running series was officially announced last week, and it’s being hyped up as “the most feature-packed and technically advanced release in the series’ history.”

As for this years features, gamers can expect to see cloud saves implemented for when players need to continue their single career from another computer. Plus, well over 1,000 enhancements and improvements are being made over it’s hugely successful predecessor.

The game is still very much a work in progress, and the video isn’t really going to show you an awful lot at this moment in time. It just gives fans a rough idea of how FM14 is coming along nicely. 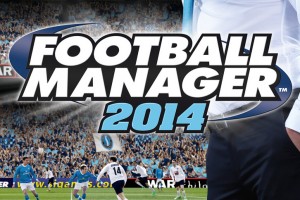 Football Manager 2014 hasn’t been given a release date by Sega at this moment in time, but expect it to hit Linux, Mac and Windows PC at some point before Christmas 2013.