A new video blog for Football Manager 2014 has been published online by the Sports Interactive team today, and it outlines all of the major new features that the coaching title has had implemented this year. Miles Jacboson talks fans through what’s new and improved in a short five minute video blog.

One feature that’s noticeably better, is the news feed, which has had a major revamp where the emails won’t take up as much time as it has done in past games gone by. This means that you’ll have much more time on your hands to get your managing skills across and spend more time on the training ground influencing your players.

In total, there’s more than 1,000 improvements on last years installment, and it will even include cloud saves to play your career mode from any computer as well. 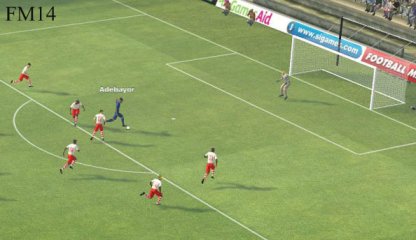