Developers BlitWorks have announced that their classic arcade platformer Spelunky has landed on the PlayStation 3 and PS Vita. In Spelunky, players take control of an unknown character that is simply known as the spelunker, and they must go on an adventure exploring caves and tunnels collecting as much treasure as they possibly can along the way. 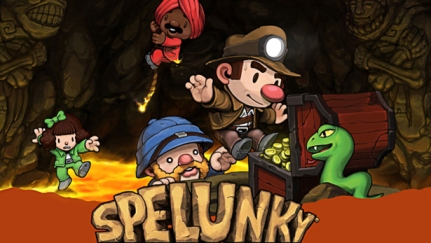 There’s the most deadliest of traps lurking around every corner as well as enemies who’ve got it in for the spelunker too. The title offers a challenging experience every single time you decide to play. PS3 and Vita gamers can acquire Spelunky from the PlayStation Store with a 20% discount for all PS Plus members.

The game features Cross-Play and Cross-Buy which means you’ll be able to purchase the game once, and literally start playing multiplayer between your Vita and PS3. Check out the launch trailer that was released by PlayStation early this week below.