DICE’s very own Karl Magnus Troedsson had the privilege of introducing epic upcoming shooter Battlefield 4 during EA’s gamescom press event today. The most important news that he gave about the game, (and there was a lot) was that the open beta will be available for gamers in October. 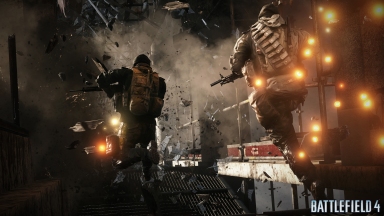 Battlefield 4 Premium was obviously discussed in great length, as it’s a very “exclusive club” for anyone who’s played the first-person shooting series before. What’s included in the premium edition are as follow:

A brand new mode that we said was going to be announced at Gamescom 2013, was also unveiled. It’s entitled “Obliteration” was briefly discussed at one point as well. It’ll include random bomb spawning, and will have the “capture a flag” styled format about it. Using just one bomb each, players must completely destroy their enemy target before the other destroys theirs.

A sea and air battle multiplayer trailer was showcased as well, which was called Paracel Storm and you can take a look at the naval combat video below: