The famous ghost hunting sequel Luigi’s Mansion 2 is to get an additional feature installed into the game in the form of a multiplayer feature. The new addition will be most welcomed amongst fans of the series as the franchise was calling out for such a feature.

Game developers (Nintendo) made the announcement today whilst also adding that the multiplayer will be online and local. Players will be able to solve amazing puzzles and capture scary looking ghosts through a vast amount of mansions. The game is out in March 2013 and will be on the 3DS console by Nintendo.

For more additional information on Luigi’s Mansion 2 news and rumours, keep checking back to our site from time to time in order to keep up with the latest news. 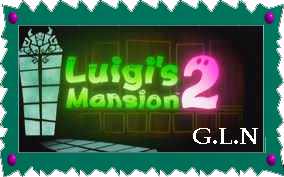