CCP have confirmed that their free-to-play first person shooter Dust514 will be out on Tuesday May 14th 2013. The MMOG shooter is an all exclusive to the Sony PlayStation 3 and is not available on any other format.

The game is connected to Eve Online and even takes place in the exact same universe as the popular shoot em up. Dust 514 is set in New Eden and there’s interaction between both of the titles as they were both connected together on 10th January 2013 early this year.

On 22nd January an open beta started for the game, but now an official release date has been set for early May. Dust 514: Neocom which is the app for the Vita has also been confirmed on Twitter by CCP. Dust 514 will be multiplayer and will will be available to download on the day of launch. 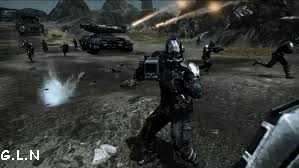 ← Monster Hunter 3 Won’t Make It To The PS Vita
Call of Duty: Ghosts PC And Wii U Listings Created →