Riot Games has today, released the latest patch notes for version 3.7 of their world famous multiplayer online battle arena video game League of Legends. The enhanced improvements will make changes to various champions including Nunu, Caitlyn and many more.

Other little tweaks that have been included is the creation of custom pre-game item sets. Upon the arrival of version 3.7, players will have access to browse through the item shop that’s located in the pre-game interface. This is where you’ll be able to create those item sets.

When you’ve completed creating an item set with a map and champion, the chosen item will then appear in the recommended tab. You can find the tab by opening up the item shop with the associated champion and map. Full League of Legends members will have the ability to associated one item set with multiple maps and champions.

It might not sound a lot, but this is intended to save players a considerable amount of time. All of what you’ll need as a player, will be in the item shop, instead of navigating around all of those dreaded menus.

Are you one of those that play the popular online game everyday? What are your thoughts on the latest patch being released? Get your say by commenting on this story below. 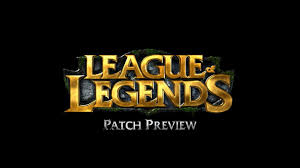