The final Call of Duty: Black Ops 2 DLC pack has been announced and it’s called Apocalypse! The Apocalypse downloadable content will be released first on the Xbox 360 later this month, and then other major platformers will also receive it once announced by developers Treyarch.

The fourth installment of downloadable content will include a new Zombies experience that’s entitled Origins and four multiplayer maps. It will also have the Avenged Sevenfold track called Shepherd of Fire too.

Treyarch studio head, Mark Lamia said: “Apocalypse is Treyarch’s grand finale to Call of Duty: Black Ops 2,” he added: “It is the perfect culmination of our efforts, and fan feedback, with two all-new multiplayer maps for players to experience for the first time, and two fully reimagined fan-favorite multiplayer maps from past games – and Origins, our most epic Zombies experience to date.

Apocalypse is a DLC pack that our fans will never forget.”

The Apocalypse DLC will have the following maps ready for you

Players will be playing in a snow-capped European city where there’s a bridge over a frozen canal that will separate into two completely opposite sides. This will make sure that players use clever tactics to outsmart and out maneuver their opponents in one of COD’s most epic maps.

Pod will be set on location of a cliff side in Taiwan, where residential pods have been left since the 70’s era. there’s noone around as the residents that once resided there have gone. So it makes for great shooting battles and multi-tiered interiors, together with the pods will make for a strategic advantage over your opponents.

Dig is an adaption from a previous and fans favourite map that appeared in the Call of Duty: World at War Courtyard map. There will be two archeological dig sites in Afghanistan, which in-turn will only make for the best of playgrounds for players to shoot like crazy!

There will also be two major chokepoints, raised platforms and a wide open layout. The only difference is the graphics and the paths have been altered to even better the overall experience.

Takeoff is much like the Call of Duty: Black Ops First Strike DLC in which Stadium was much remembered by the fans of the franchise. This map will provide loads of close-quarters combat in the very middle of the Pacific Ocean. There’s a combination of open spaces for easy targets, and tight corners to catch your enemies off their guard.

Origin will take place in a Dieselpunk-stylized World War I-era France, and will contain hordes of zombies once again. There will be fields and trenches to hide and take out as many as you possibly can as well. Players will eventually encounter the four heroes from the original zombie maps Nikolai, Rictofen, Takeo and Tank. 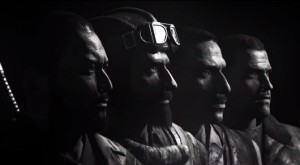 The COD: Black Ops 2 Apocalypse DLC will be out on August 27th for Xbox 360 users and will require 1200 Microsoft Points. The other consoles will be announced in the next week or so. Players who’ve already purchased the season pass, will be able to download the new DLC as soon as it’s out.