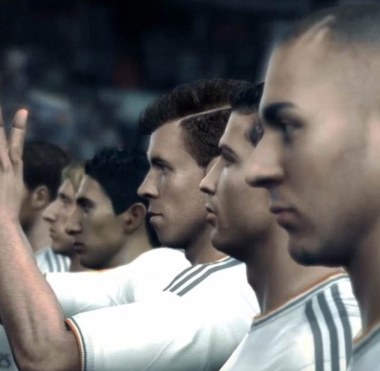 Yesterday saw a monumental moment in the history of not just football in general, but sport as a whole, as Welshmen Gareth Bale sealed an £85.3M move to one of the biggest household names in world football signing an initial six-year deal. The deal beats the previously held £80M transfer of Cristiano Ronaldo from Manchester United to Real Madrid, and the welsh international will line-up alongside the Portuguese maestro.

The footage last just over 15 seconds and features a Real Madrid line-up with Bale in it and it ends simply with the words ”It Just Got Real.” FIFA 14 arrives on the PS3, Xbox 360, PC, and 3DS on Sept 24 in North America, and Sept 27 all over the globe. You can check out and view the footage below in High-definition, to comment, just use the box designated below.