Assassin’s Creed 3 DLC Out Now For Wii U

The Assassin’s Creed 3 DLC has now become available to gamers that own the game on the Wii U. The game makers announced that the downloadable content will be the first two to be released ahead of many more to come. The packs are named as The Battle Hardened and The Hidden Secrets respectively.

Whilst the second pack will give you three entirely new missions to play through and some super cool new weapons to unlock. There are also tow extra costumes for single player in the pack as well. The DLC is also compatible with the PC, Xbox 360 and PS3 console platforms. 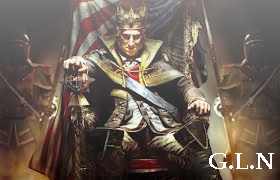