The Caves and Cliffs multiplayer map pack will however be launched in the middle of April for the PC and PS3 versions of the game. After that, the Shipwrecked map pack will be out sometime in May.

Whether or not there’s to be anymore downloadable content for Tomb Raider after all of these map packs are released, remains to be seen. This is all of the details that Square Enix are revealing at the moment regarding the games DLC.

Stay with us throughout the year to find out if anymore downloadable content does get announced by the games developers. 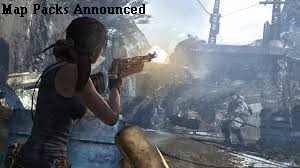