Battlefield 4 May Not Include Motion Controls

It has been revealed that the upcoming first-person shooter Battlefield 4 may not include motion controls in the final full version game. DICE executive producer Patrick Bach was the individual that has revealed this revelation regarding the much wanted feature.

In an exclusive interview with Edge magazine, he said that this specific feature would not enhance the game-play of the popular shooter in anyway at all. He revealed that DICE don’t plan on implementing features that won’t have a positive impact on the end experience for their fans of their popular series.

Bach also stated that various individuals keep offering money to the company in exchange for including this feature in the final game. He added that the DICE studio are not ignorant, and are open to ideas and suggestions from the public and other third-party resources in making their shooter better.

A number of other video game developers should take notice at what Bach has come out with this week. The man clearly speaks sense in saying to not add features that will not add any value to the user. What are your thoughts on this latest story regarding Battlefield 4? Let us know what you think in our comments box. 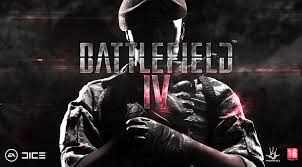 ← Guild Wars 2 Free This Weekend April 19-21
Our Injustice: Gods Among Us Review →