Gaming giants (Nintendo) are set to hold a double direct webcast, with the first lined-up for tomorrow May 17th at approximately 3PM BST, in an attempt to try and recover from their Wii U consoles poor start to sales.

The company gave the ins and outs on what gamers can expect from tomorrows webcast. The main point of focus, is going to be the announcement of Wii U titles that will be released in the Spring and Summer of 2013. That’s basically whats going to be covered all afternoon.

In the second, which is going to take part around E3 time in June, Nintendo will talk about Wii U titles coming out in the Autumn of this year and beyond that too. The gaming giants will also launch a major global marketing campaign this summer, in a last ditch attempt to rescue their struggling console machine.

Gamers can expect to see some top class game releases for the Wii U in the coming months ahead. That’s one of Nintendo’s ideas to capture the gaming community’s attention and put the poor selling Wii U on the map.

They’re also ready to splash the cash on some social media campaigns, TV commercials, online advertisements and PR. The massive marketing and advertising campaign will run all the way until the end of this current year.

Bosses at Nintendo better hope that all of these ideas pay-off, because if people still don’t respond to the gaming console, the company will be in real trouble financially. You can visit the official Nintendo Direct page tomorrow and watch the broadcast live. 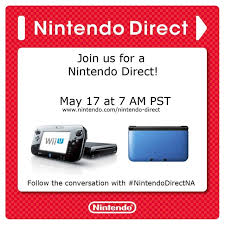