Thief Reboot Confirmed For Xbox One

Eidos Montreal have confirmed that their upcoming stealth/espionage reboot of thief will be making it’s way to the Microsoft Xbox One. It joins a very limited list of video games that have already been named as titles for the next-gen console.

General manager at Eidos Montreal Stephane D’Astous said: “The next generation of home consoles allow us to create the best and the most immersive THIEF game ever,” he said in the official press release. The feedback we have received so far is simply amazing and we can’t wait to show more at E3 this year.”

Here at GLN we think that this is a massive step forward in the right direction for the veteran series. Many had most probably forgotten about the Thief franchise, this will now help to maybe propel the series back to it’s very best.

The Thief reboot has already been announced to be heading for the PS4 and PC as well. So this is most probably the last chance the developers will get at resurrecting their game. 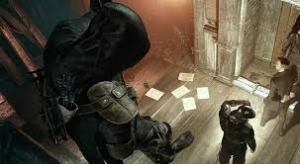