Tecmo Koei have revealed their full E3 line-up and the release dates of Dead or Alive 5 Ultimate. The fighter will be out on a Tuesday, which might point to a North American launch date with a Europe version arriving on September 6th 2013.

The games publisher (Tecmo Koei) all but confirmed the launch date with a full list of it’s planned E3 video game line-up via Gematsu.com, that also reveals the dates for Toukiden and Atelier Meruru Plus: The Apprentice of Arland for the PlayStation Vita.

There’s also helpings to two other great titles that are Yaiba: Ninja Gaiden Z which will be out on Xbox 360 and PS3 in the first quarter of 2014, and Dynasty Warriors 8 for the Xbox 360 and PS3 which is out on July 16th this year.

DOA5 will have loads of new modes which will be added to Dead or Alive 5 Plus on the PS Vita. Momiji will be making a first-ever appearance in any of the DOA games. There will be new fighters and stages to choose from as well as levels from the popular Ninja Gaiden series.

Dead or Alive 5 Ultimate will become available to gamers both digitally and physically this fall. 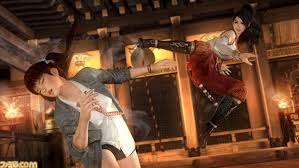 ← More Splinter Cell: Blacklist Info Revealed
Xbox One pre-orders Ahead of The PS4 In The UK →