Hideo Kojima has unleashed his Fox Engine in what the company call a new beginning in the series that will give a comprehensive advance for the PES series since it’s first ever inception all those years ago.

The Tokyo team have been working on a revolutionary system engine for round about four years that will bring a new approach to football that has never been seen before on a video game. 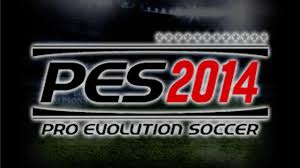 The PES games will now be completely revamped in time for the 2014 launch and there’s six key areas in which Konami have decide to tackle full throttle. They include the following:

The TrueBall Tech feature will concentrate more on the football in general than ever before. This includes how players use it on the pitch, and what direction it takes when kicked about. The first touch will play an important part in the new edition, and a gamer that has a good reading of the game will have no problem in these areas.

The TrueBall Tech system will allow player to use the right analogue stick to knock the ball ahead and manipulate the ball like never before. This is a great way to get half a yard on a defender and have a shot at goal. Depending on the player, the physics will be all important when it comes to the first touch control.

The players body and height are also key factors here, not to mention the weight of the pass as well. If the pass is over-hit, then the first touch will likely be poor, but if it’s perfect, then the opposing defender will be in real trouble.

Players will now be able to play complete football with new gameplay like controlling a long pass and the attacker getting the ball chested or nodded into his path. closer dribbling control is also going to play a big part in PES 2014 this year.

Now players will be able to control the free-moving ball using factors like pace and altering it’s movement to create a chance for teammates. New 360-degree control will allow for more freedom and create a realistic look that’s sure to be a huge winner with sports fans.

Adjusting the physical side of the game for Pro Evolution Soccer 2014 was a a must for Konami this year. This is something the title has been lacking over the past few years. The new M.A.S.S. feature will now react instantly to any situation on the pitch.

The physics engine means that fouls that you commit, will genuinely be because you miss-times a challenge horribly. This will create utter realism and make the game a lot fairer to play. Depending on the players power and overall size, they may stumble on the pitch but recover quickly if clipped by the opposition.

Now football fans will be able to barge others out the way and block players from possession with more force. PES 2014 will now come with numerous different tackling techniques compared to the slide and stand tackle that has been seen in previous editions of the series.

More realistic player means that if there’s a 50-50 ball in the middle of the pitch, the football will travel into an empty space for a lucky player to gain possession back for his team. The ball will now act like it would in a real match thanks to the TrueBall Tech feature.

The heart feature will now make the twelfth man all that more important than ever before! Having home advantage or a really good away following will help spur on your team to glory. Individual players will also light up the stadium if they’re one of the crowds favourite in your squad.

Every single player will now come with mental attributes that will play a key part in a match and affect his game if he’s playing poorly. Teammates can also be useful for helping the player with no morale and helping him regain some confidence during a live match.

A sublime solo effort can be the deciding factor as teammates will be lifted in a match by individual brilliance. There will be all-new sound effects in all of the stadiums to add to the atmosphere as well.

By using three or more players, users will now be able to setup a variety of unique tactics for specific areas of the pitch. Now the manager side of you can really come out as you learn your opponents strengths and weaknesses. Players will make curved runs off-the-ball to find the gap in the defence by using these clever tactics.

The fantastic PES ID will be back again this year and will include more stars implemented into the feature than last years installment. The PES ID is when a player moves, acts, shoots, passes, tackles and looks exactly like the player that you’re commanding.

So for example, Gareth Bale on PES 2014 would move and look exactly like the player that lights up the Premier League every week. The same goes for more than 100 other players that will get the ID treatment this year.

The entrances to the pitch at the start of a match-up have been completely redeveloped. The new light-mapping effect will now add to a more natural feel to the game too. Animation, facial improvement, club kits and the removal of certain cut scenes after events have all been put in place to improve the core of the series.

The penalties and free-kicks have been totally revamped for PES 2014 with the wall acting realistically to try and block the ball at all costs. The goalkeeper can also position himself and the wall to exactly where he needs them to go.

In regards to penalties, Goalkeepers can now move ahead of the kick if they want to. Takers will now have to use the all-new target guide to find the back of the net.

Konami still have the rights to the UEFA Champions League this season and it’ll be back with a bang too. That’s about it for now though, more info will come about in the next couple of months we’re sure of that. If you want to check out the original Konami post, then you can do so by clicking here.

Check out the four band new screenshots below that have been released by Konami today.