The Call of Duty Black Ops 2 Revolution DLC for PlayStation 3 is completely free to download and play this weekend, thanks to a free trial. Players will be able to get unrestricted access to the Zombies campaign and four additional multiplayer maps.

A trial that was similar to this one was tried and tested for the Xbox 360 not that long ago, and now Treyarch are giving PS3 owners a taste of the downloadable content pack.

COD Black Ops 2 Revolution was the first DLC pack to be released for the hit shooting game. It arrived way back in February of this year, and the popular Die Rise Zombies campaign, and multiplayer maps Mirage, Downhill, Grind and Hydro.

The special offer won’t last forever though! PS3 Gamers will have to be quick on their heels if they’re going to take advantage of this freebie as the offer will end this Monday 24th June, 2013.

To try out  Revolution, just go to the Black Ops 2 in-game store and then simply select ‘Revolution Free Trial’ and you’re done. The third installment of downloadable content which is entitled Vengeance, will go on general sale on the Xbox 360 at some point next month. 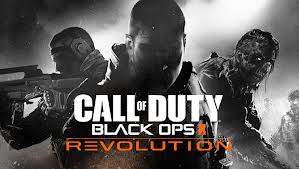