The Elder Scrolls Online First-Person Mode Was Already In Process

The ZeniMax online development team revealed recently that they plan to implement a first-person mode into their hugely anticipated MMO The Elder Scrolls Online. Matt Firor, who’s the game director, has said that the team were looking to add this feature, long before fans gave feedback for it to be included.

The Elder Scrolls online is sure not to only be one of the biggest MMO launches of 2013, but quite possibly of the entire gaming calender! The series has such a cult following, with loyal fans eagerly awaiting the next in the series.

Bethesda will have to completely nail the upcoming MMO though, with the huge worldwide success of The Elder Scrolls V Skyrim, they can’t afford to slip up. It goes back to the old cliche of victims of your own success. Now gamers will be hoping for the next installment to top the previous entry.

We’ve seen this so many times before! Activision’s Call of Duty: Black Ops springs to mind, as MW3 and Black Ops 2 wasn’t as thrilling as the original Black Ops was. The same goes for Bethesda with their Elder Scrolls franchise, they must deliver on the new mechanics and ideas that they plan to implement in the new game.

The Elder Scrolls online will be completely different to Oblivion and Skyrim. The new first-person feature will make the game look like a single-player title and will enhance the sense of immersion too.

Matt Firor when talking about the upcoming massively multiplayer role-playing said: “We needed to make sure we had the thirdperson working first, not just because it was your camera, but because it’s how everyone else sees you in the world. But we’ve known for a long time that we were going to do it.”

He also added: “I think that the reaction that we had when we announced the game was more about having heard game developers say things about games for a long time and then what they were talking about.”

Bethesda and ZeniMax Online want to get The Elder Scrolls Online out on the Windows PC by the end of 2013. There’s going to be an exclusive limited beta stage that’s due to take place this summer too.

The good news all round for gamers though, is that the game will be a free-to-play business model. This means, that each player will be able to explore the game to their hearts content, without purchasing a monthly subscription package.

Let GLN know your wishlist on what you’d like added to the title, using our comments box designated below. 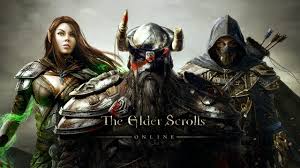