Cyanide Studios have launched an open beta for their fantasy football game Blood Bowl: Star Coach. The early access free-to-play beta is now currently available via Steam and is only accessible for the Windows PC.

The title is a unique one, with Warhammer troops mixed in a sports game that is composed of American footballers doing battle on the pitch. Players must lead their team to victory and cause as much mayhem as possible.

The game is solely based on the Games Workshop fantasy football world in which tactics in a multiplayer team-building world are essential. You can choose races that include humans, dwarfs and elves. Go to the Steam community now and check it out for yourself. 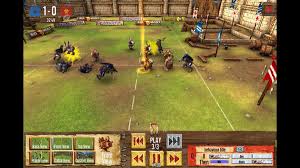