February 2, 2013 · by gameslatestnews · in Latest Games News · Leave a comment

With the amazing worldwide success of FIFA 13, the next edition of the popular football game (FIFA 14) looks set to be a cracker! A release date has been set by EA to be the 27th September 2013. Much like the time-frame of when last years hugely successful game was launched.

There was a Game listing that gave away the launch date, and since then, EA have confirmed that the date is official.

FIFA 13 has sold more copies than FIFA 12 to date, beating the current count of the latter by far. The Ultimate team mode users increased by a massive 62% this year as well. What is most impressive, is FIFA 13 was the most successful game with sales in the whole of Europe. The football video game even outsold Call Of Duty: Black ops 2 in that region.

There are some rumours that FIFA 14 will be on the PlayStation 4 and the new Xbox console. The rumours and gossip are in fact true as the game developers (EA) have now officially confirmed this.

FIFA 13 absolutely nailed it on all fronts since it’s awaited release back in September 2012. The FIFA series and Battlefield franchises are the two most successful gaming series for EA.

We will supply more info and details as we hear of them in the next few months. Make sure that you stay up to date on the FIFA 14 game with our game news website. 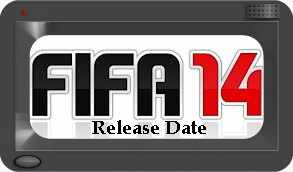