Nintendo Set To Bring Smartphone apps To The Wii U

An effort to boost sales figures

After poor sales performances since it’s long awaited release, Nintendo have a plan in action to save their under performing Wii U console. They plan to allow mobile app developers to run their titles on their machine, Smartphone games being the key ingredient here.

This tactic is supposed to boost the abysmal sales figures that the Wii U has fallen to since it’s arrival in 2012. One of the problems that has contributed to the consoles lack of sales, is the poor selection of gaming titles. The way that Nintendo are thinking here is clear for all to see.

If they’ve got more video games in their library, then perhaps more customers will opt to purchase their console over the competition. Nintendo used to be the big giants in the gaming world not so long ago. It’s a shame to see them lose their grip on the industry like this really.

Most people will say that throwing in a load of Smartphone apps in for the platform isn’t going to work. If they do decide to go ahead with this plan of action, we’ll have to wait and see the results.

The only fault with doing this that we can see though, is if you have a Smartphone, then wouldn’t you just simply play the games via that instead? The biggest danger to the video game legends is that the PS4 and next-gen Xbox is out soon. This will make the competition twice as tough if anything.

Nintendo don’t have any financial troubles at the moment, but if they carry on the route they’re going down, it might not be that long before bust. They simply have to do something fast, or lose there way in the market. The Japan Times reported on this earlier today. 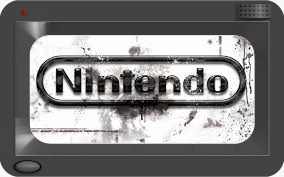