In a last ditch attempt to make their upcoming Xbox One console a success, Microsoft have done a complete u-turn in regards to their company policies. The newly announced machine will now not have to be connected to the Internet every 24 hours, and gamers will also be able to lend, trade and sell their unwanted pre-owned video games.

The company has become extremely notorious ever since they announced their new features for the Xbox One console. Many gaming and technology websites have commented on the news by saying that Microsoft were just trying to pull a fast one and get as much money out of people as possible.

They’ve (Microsoft) received numerous feedback from angry bitter fans over the past few weeks stating their stance in boycotting the upcoming next-gen machine.

Many have called this announcement shocking, but we don’t quite agree with that. It’s pretty much been expected and we’re not surprised in the slightest that the giant company have done a u-turn.

The recent news came from the official Xbox One site in the from of a blog post. The post was written by none other than Don Mattrick who’s the President of Interactive Entertainment Business at Microsoft.

The Facebook shared post for the official Xbox One page regarding the changes got well over 75,000 likes in just under three hours ! The criticism that the upcoming machine got was not only from the press and public, but from their arch rivals Sony too.

At the E3 conference, Sony displayed a video that lasted 22 seconds long and showcased two Sony employees handing a game over to one another. The dreaded region locking has also since been abolished and video gamers can now use and buy a console in any country in the world. They can also use an type of disc for any console as well, whether it be an Xbox One game or a Blu-Ray disc.

What do you guys think to the recent announcement, and will you be buying an Xbox One console when it’s released? Let us know by leaving your comments in the box designated below. 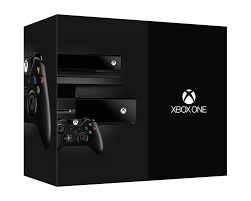